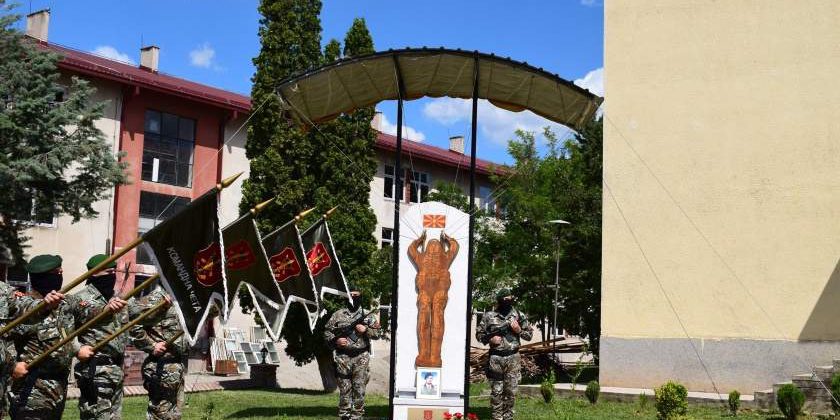 Sixteen years from the tragic death of Senior Sergeant Zoran Jovanov, a member of the Army’s special units, were marked by laying fresh flowers at the memorial in front of the Ranger Battalion in the ‘Ilinden’ barracks.

Members of the Ranger Battalion, the Special Purpose Battalion, the Training and Doctrine Command, the Logistics Base, his son Adrian and his former colleagues laid fresh flowers in front of the monument, erected in honor of the the fallen military parachute instructor.

Zoran Jovanov died in 2004 during a parachute jump training from a transport plane of the Air Force, at the sports airport in Prilep.