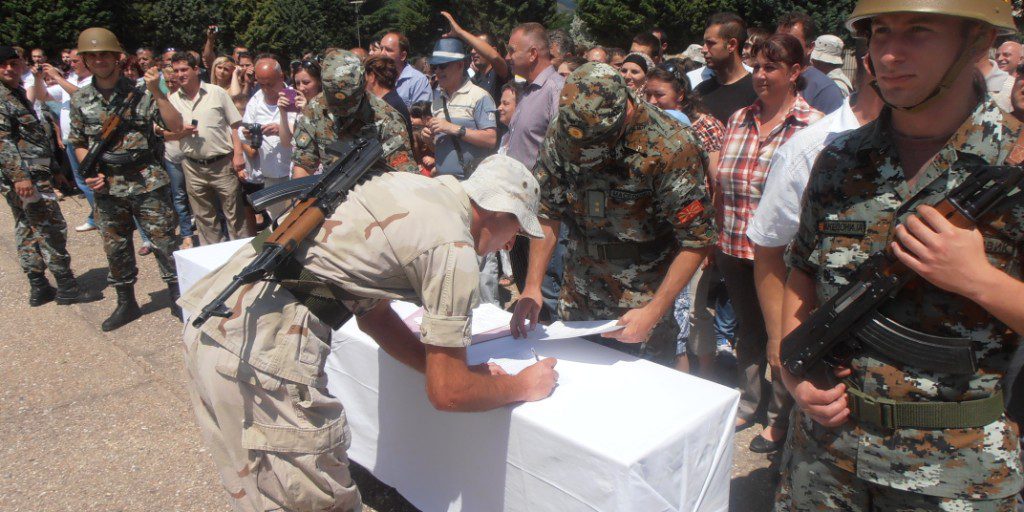 Today in the barracks “Alekso Demnievski-Bauman” in Veles, a military ceremony was held on the occasion of soldiers’ oath of voluntarily military service-generation “June” 2014.

145 soldiers including 11 female members were sworn in. This is the twenty third generation of soldiers who commit voluntarily to military service.

The MOD State Secretary Stefanovski from the ceremony lectern congratulated the soldiers on their swearing-in and wished them success in the next three months in the army ranks, hoping that they will do their best to be equal partners in performing the daily activities and obligations that arise from the training program.

The Commander of the Training and Doctrine Command, Colonel Ljupco Kostovski in his speech to the soldiers noted that hard work lies ahead of them in accomplishing the planned training contents. Accomplished knowledge and labor will continue to be evaluated-it will be one of the elements for those who want to choose the soldier profession in future.

One of the essential tasks of the Training and Doctrine Command is precisely the realization of the basic military training of soldiers serving voluntarily military service.