You are here:
>>
Basic information

The exercise “Decisive Strike” is a national field exercise with several international participants, which will be conducted between 5 June and 9 July at the Training Support Centre (TSC) Krivolak. The final outcome of the “Decisive Strike” exercise will ensure the exchange of knowledge and skills between the armed forces of the participating countries in order to enhance the confidence and mutual understanding and thus increase the success in all future joint operations. The “Decisive Strike” exercise has been organized and led by a planning team from our Army, supported by planners from the United States Armed Forces and 4 NATO countries (Bulgaria, Montenegro, Albania, Lithuania).

It is a massive exercise activity, a combined joined exercise, an event that involves around 2500 members of the armed forces from 5 NATO member states and partner countries and it is the largest exercise ever to be realized in our country.

The Scenario of the “Decisive Strike” exercise is to demonstrate the readiness with the use of credible collective defence, including comprehensive planning of operations, command post exercises, combined field exercise training with live fire tactical exercises for assessing the units combat readiness.

PURPOSE OF THE EXERCISE:

The purpose of the exercise is to ensure the synchronization of the available forces and capacities and verify the tactics, techniques and procedures for coordinated conventional operations and joined and combined urban terrain operations, in different weather conditions, and at the same time increase the level of interoperability and integration both between the conventional and the special operations forces of partner countries, by attesting to the level of combat readiness and testing the capability for providing logistic support and achieving optimal sustainability in high intensity operations.

Around 2500 members of the armed forces from the following six countries will take part in the exercise: the Republic of North Macedonia land forces, air force and special forces, the United States of America (Pennsylvania National Guard, 19th Special Forces Group and US Air Force), Lithuania and Montenegro with artillery capabilities and special forces from Bulgaria and Albania.

All media representatives wishing to attend the days specified for media coverage of the exercise, must apply for accreditation, not later than 16:00 hours on Monday, 03 June 2019.

The accreditation form can be downloaded here.

Send the filled-out form on the following email address: decisivestrike@mod.gov.mk

During the exercise, in order to ensure the continuous development of the civil military cooperation, there will be a a presentation of weapon systems and equipment in several municipalities:

Moreover, the following activities will be organized as part of these events: friendly basketball and soccer matches, providing first aid assistance, blood pressure checking and blood sugar measuring at the local population by mobile medical teams of the US Army, donation of school supplies in the primary schools in the cities of Negotino, Sveti Nikole and Kavadarci by the US Army and a clothes donation from the members of our Army to the center for children with special needs in Negotino.

As part of these activities, the Mobile Medical Treatment Facilities (providing Basic Preventive Medical Care) will be located in the village of Spruge and the village of Parnalija, Radovish, on 23 June 2019.

Ministry of Defence of the Republic of North Macedonia
Department for communications, analytics and operational support
Section for Media and Multimedia
Telephone: +389 2 328 2487 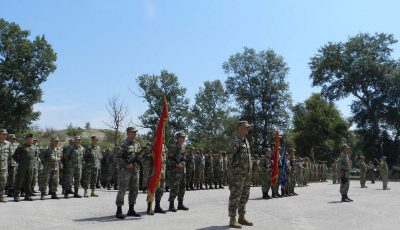 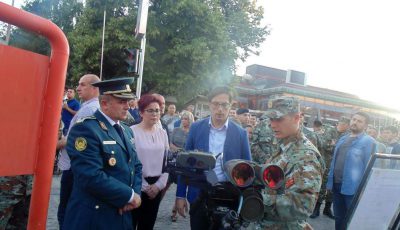 The President and Supreme Commander, Stevo Pendarovski, in Bitola attended the open day for the citizens as part of the activities of the military exercise “Decisive Strike” 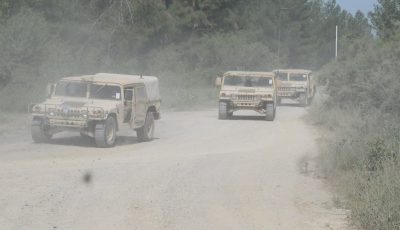 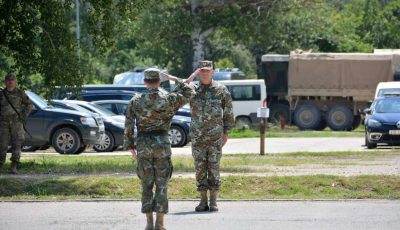 Start of the Decisive Strike exercise: Deputy Minister of Defence Maksuti at the opening “Decisive Strike” exercise at Krivolak – the largest exercise ever to be organized in our country, with the engagement of over 2700 troops from six countries

All media representatives wishing to attend the days specified for media coverage of the exercise, must apply for accreditation, not later than 16:00 hours on Monday, 03 June 2019.

The accreditation form can be downloaded here.

Send the filled-out form on the following email address: decisivestrike@mod.gov.mk 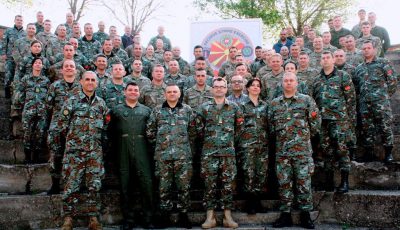 Final Planning Conference for the Exercise “Decisive Strike” Has Been Realized 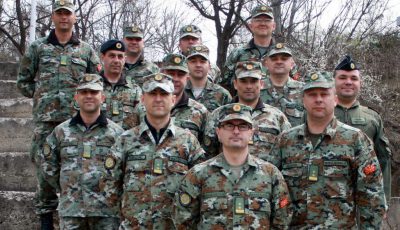 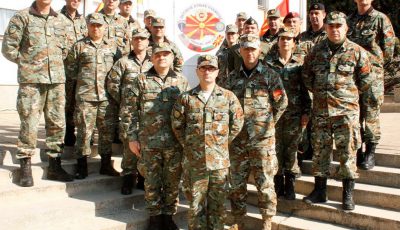 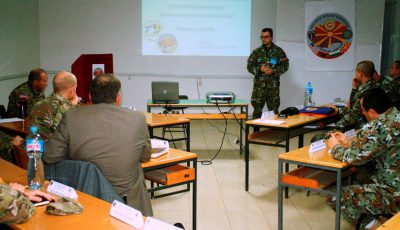 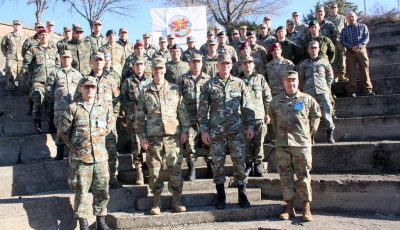 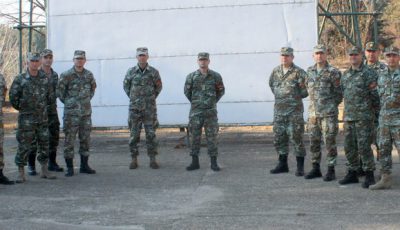 Workshop on preparation of the plan for the exercise “Decisive strike” 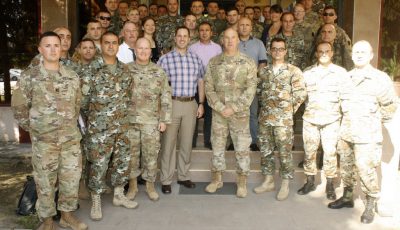 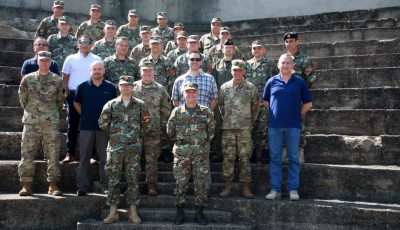 Ministry of Defence of the Republic of North Macedonia
Department for communications, analytics and operational support
Section for Media and Multimedia 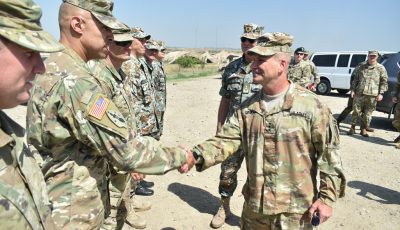 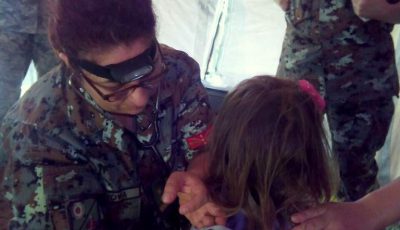 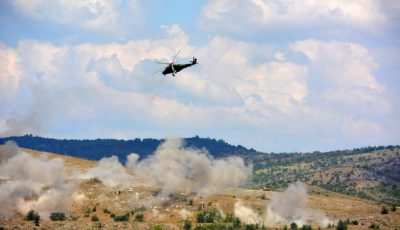 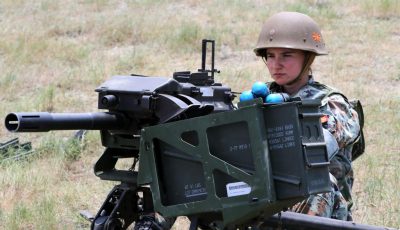 Today’s activities of the exercise “Decisive Strike” on Krivolak 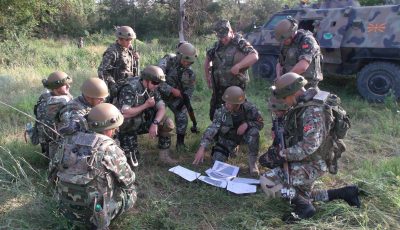 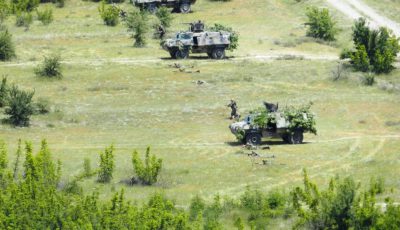 Increased intensity of the activities at the exercise “Decisive Strike” 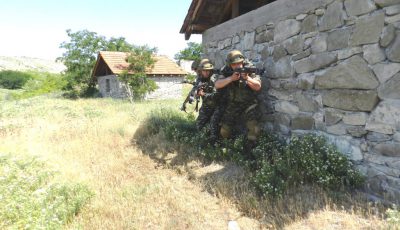 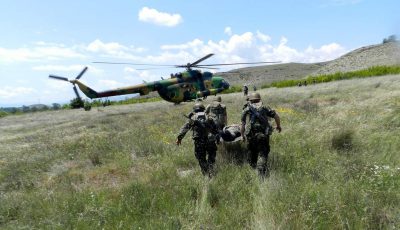 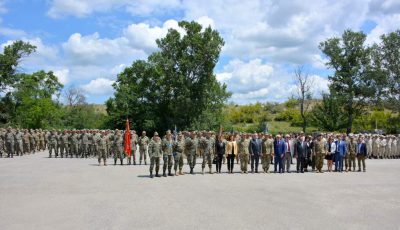